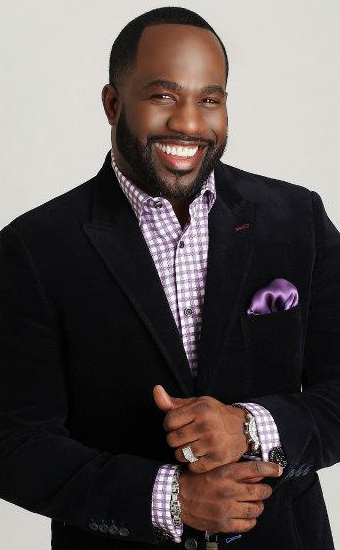 A man with an anointing on his life and a vision for leading a nation to deliverance; Pastor Darryl L. Hill is a local Pastor with a global mission, to empower and educate the nation through the Word of God.  He is anointed and ordained to reach the broken hearted, heal the sick and transform lives.

A native of Brooklyn, New York, raised in the Van Dyke Projects, Pastor Hill endured and survived. He was a member of the Brownsville Community Baptist Church where he also attended their Bible Institute under the teaching of Rev. Harold Burton.  He later became a member of the High Times Deliverance Church where Apostle Alfonzo Udell, is the Pastor.

Pastor Hill’s God given anointing to preach and teach exploded in 1994 with the Powerful Praise Crusade Ministries Choir. He traveled across the United States, captivating the attention of many. His ability to minister to people of all walks of life, regardless of their circumstances, took him to a new plateau in his kingdom walk.  In December 1999, he became Founder and Pastor of Powerful  Praise Tabernacle. Since becoming Pastor, he has had an immeasurable impact on the spiritual life and growth of his congregation and community as a whole.

Pastor Hill is the proud husband to the  beautiful Samantha Hill, who has proven to be a special gift from God, and a loving father of two precious daughters, Deajah and Samara.